This is a special chapter in Bitcoin economy. There’s a lot of controversy about these practices. And all comes from GREED.

But let’s dive a bit more into this aspect and see what Bitcoin can do, or is trying to do.

Greed is a characteristic of human behaviour that could not be erradicated, but at least controlled at a low level. Each wo/man have a desire and attraction to “have more”, it is in our genes to desire more even if we can’t afford it with what we have or can do. And this come from long time ago, from the deep human history. But in the last century it was accelerated and even became a “religion”. People will do whatever they can to get more stuff, even no-necessity/util stuff, just hoarding so others don’t. and this greed was creating a huge system of lending/borrowing of money that people do not have and even cannot create, perpetuating a forever debt. Practically we are living in a debt slavery world. People are buying all kind of stuff, with money that they do not have it.

Bitcoin come to fix this paradigm. You cannot spend more bitcoins than you have in your own control. It cannot be created more than 21 Millions. FOREVER.

So what “smart guys” are doing now? EXACTLY what banksters did in the 17th century: offering to those gold owners, a place to deposit their valuable gold coins, into a bank vault, in exchange for a piece of paper, an IOU of x amount of gold. Now they are offering digital platforms for Bitcoin owners, to lend their BTC for a % of interest. But nobody ask: “from where is coming this %of BTC interest, if will not be created more BTC?”.

To sustain this aspect, please watch these two amazing videos (one is a Spanish movie about a guy that won the lottery and one is an animated coumentary about debt). Both documentaries are a must watch.

Concursante – Spanish movie (EN subs), with a guy that won the lottery but he entered into total debt, just because of the evil system.

The American Dream – animated documetary about how the american dream is actually a debt nightmare. 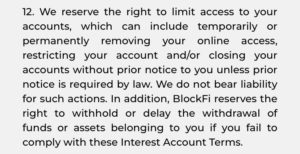 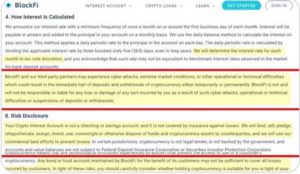 These platforms are not doing anything different than the old banksters of 17th century: are taking users BTC as collateral and lend to others shitcoins. Later they sell the shitcoins (or even fractional reserves) for BTC to pay the interest to the BTC lenders. But this creates a huge pression into creating even more shitcoins out of thin air. And the system will perpetuate until will collapse, exactly like the actual fiat system.

Michael Saylor say it very clear: he will buy all bitcoins available, will HODL them and later will lend them as collateral to all poor guys that today do not want Bitcoin. In plain sight you have the banksters and billionaires plan: to enslave you again in debt. If you still do not understand that, means that humanity deserve to be forever enslaved by few…

Also another aspect is that these platforms usually end up in scams/hacks/lost funds. Owners greed is so powerful that in the end will make them run with all the money. Happened many times in the past, it will happen again. Why? Because people are dumb and trust these platforms and give them their BTC. Simple as NOT YOUR KEYS = NOT YOUR BITCOINS.

Satoshi created Bitcoin EXACTLY to avoid all these practices and make people think and start SAVING MONEY for later, instead of borrowing more than they can afford. Many will say that this is against advancing in tehnology and building more new stuff. But I am coming and ask: what are you need for your daily life, basics, to live a simple and healthy life? The answer is simple: energy, food, shelter. So why are we not concentrated into that only?

Bitcoin is changing the mentality of consumerism into mentality of savings. Save today for having tomorrow enough to buy the stuff you really need it. Don’t stretch you legs more than the duvet.

Bitcoin WILL PUMP FOREVER in value! No need for anything else than just HODL and use it when you need it most. More you HODL = more value will have in the future. Do not sell your BTC to billionaires! Is the only way to keep them away!

If you want to risk your money (and is a huge risk in this) for just few % of fake interest (based on fractional reserve), is up to you, but at least I did what I can and warned you about this.

In order to give you more details about these aspects, here you have both sides supporting one or another way. You are the only one that have to choose for yourself. But before that, be very well informed in this matter.